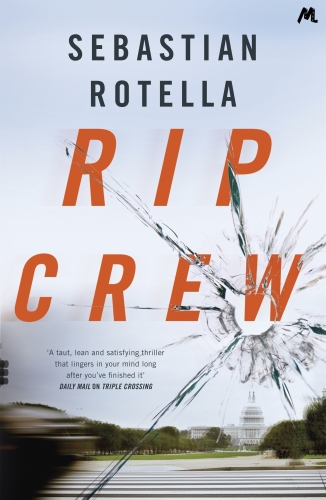 Maverick agent Valentine Pescatore is back and investigating a brutal killing that leads him across borders and reveals a vast conspiracy of wealth and power terrifyingly close to home.Valentine Pescatore, the former U.S. agent, finds himself back on American soil, investigating the merciless killing of a group of women in a motel room. At first, the crime seems to be a straightforward case of gangsters battling for territory. Soon, however, the motive is revealed to be much deeper and more sinister: a single witness who knows too much is being hunted.From an author who has been praised for his "pounding action scenes [and] ferocious prose style" (Marilyn Stasio, NYTBR), RIP CREW races at breakneck speed as Pescatore finds himself face-to-face with his most terrifying assignment yet.